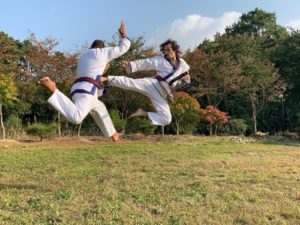 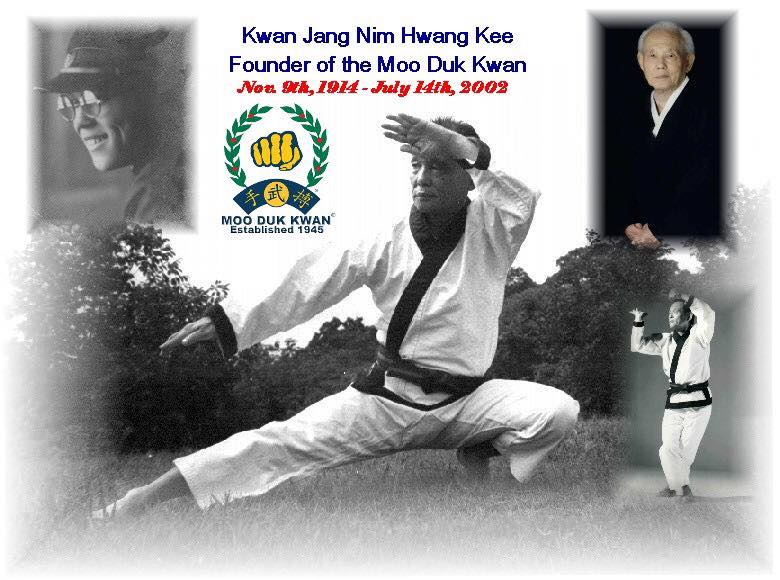 Great Grandmaster Kee Hwang was also born on November 9th, on his 31st birthday he created the Moo Duk Kwan Organization. This year on the anniversary of his birth, the World Moo Duk Kwan will launch the Heritage Program, supporting the Founder's dream of uniting all Tang Soo Do Moo Duk Kwan related organizations. 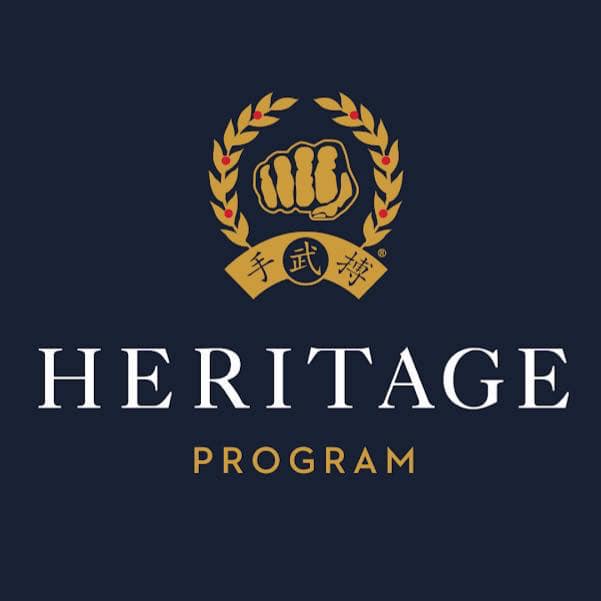 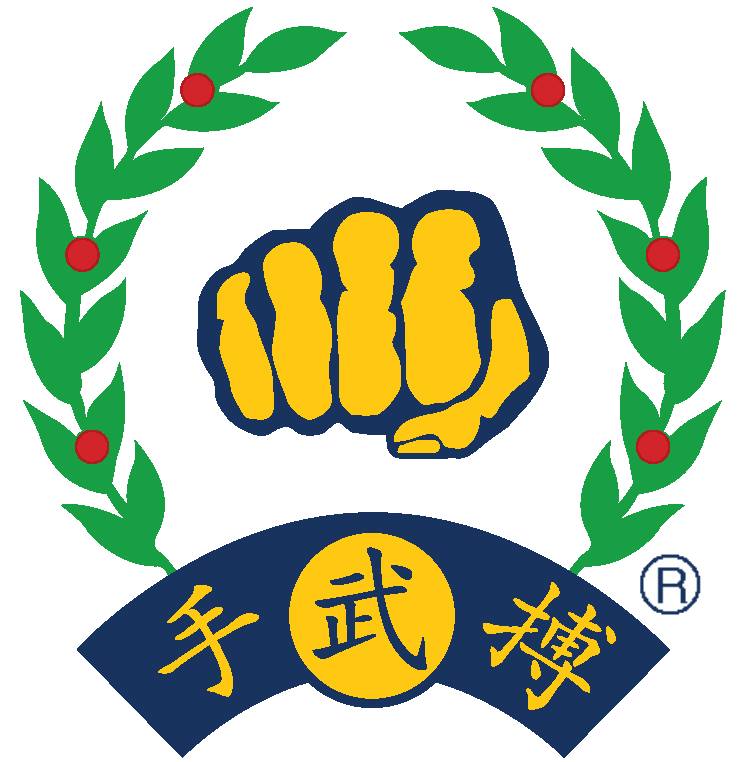 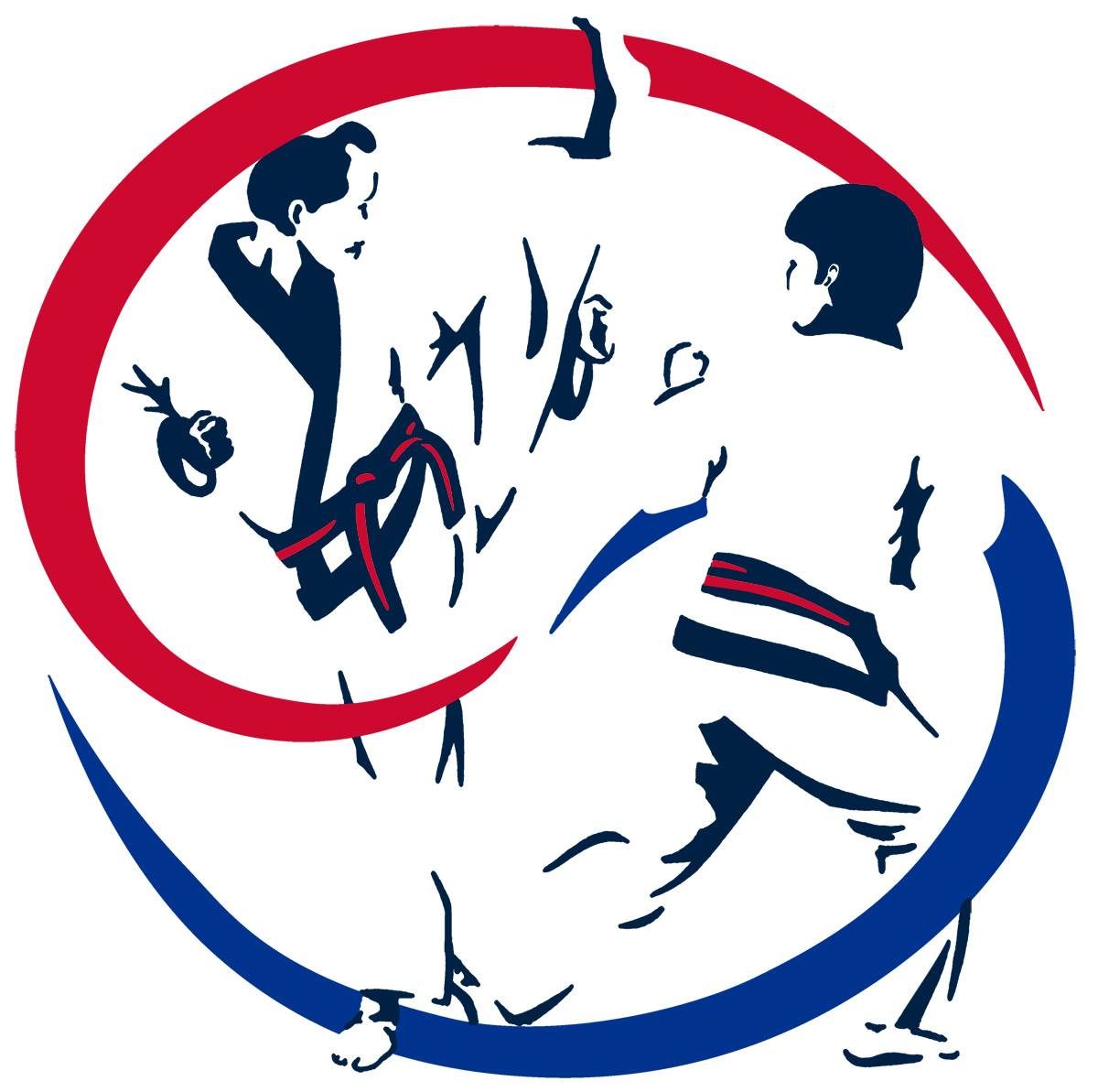 TODAY, NOVEMBER 9TH, 1945, OUR GREAT GRANDMASTER, KEE HWANG, ORGANIZED ONE OF THE MOST INFLUENTIAL MARTIAL ARTS ASSOCIATIONS IN SOUTH KOREA. THIS SAME ORGANIZATION HAS GROWN FOR THE PAST 74 YEARS THROUGH MOO DO EXCELLENCE.  OVER THE LAST 74 YEARS, 22 COUNTRIES ARE NOW ACTIVELY PARTICIPATING IN THE ART OF SOO BAHK DO MOO DUK KWAN, UNDER THE GUIDANCE AND LEADERSHIP OF KWAN JANG NIM, H.C. HWANG, SUCCESSOR TO HIS FATHER'S ART AND ASSOCIATION. 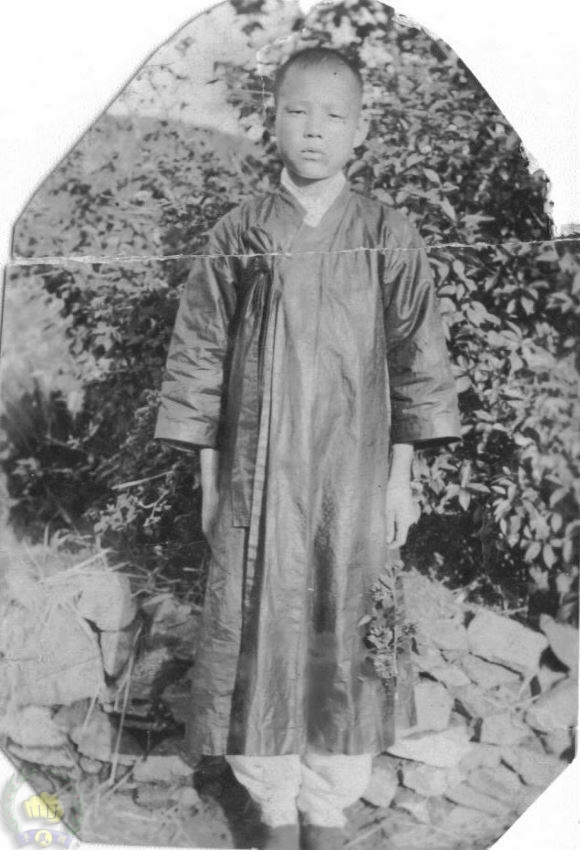 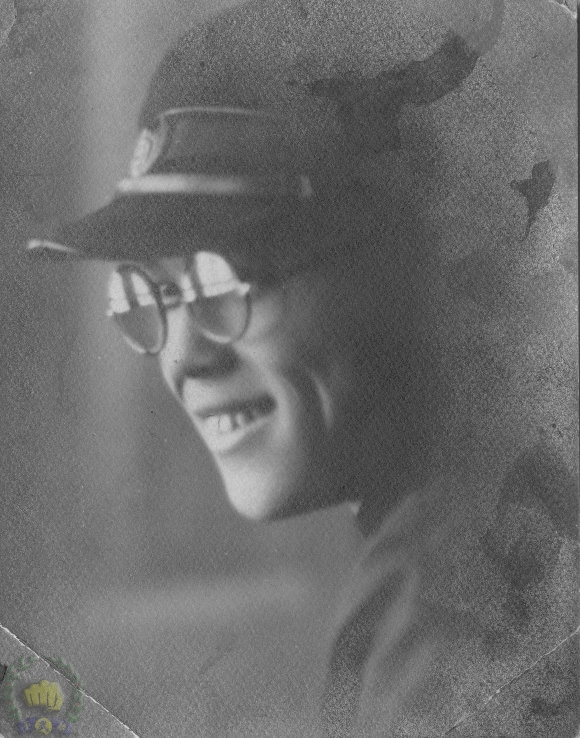 He graduated Do Sang High School in 1935 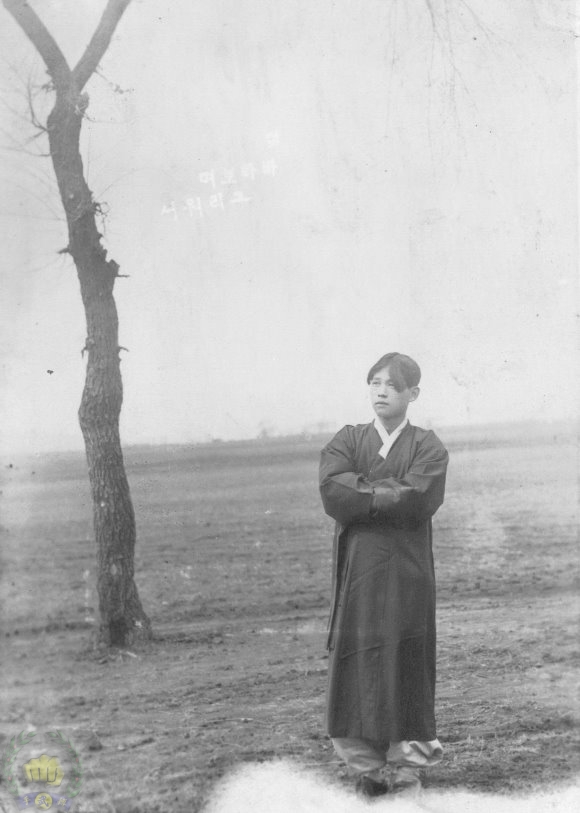 Hwang Kee at Manchuria field in October 1935. This photo was sent to his wife who stayed in Jang Dan Kun, Kyung Ki Province at that time. 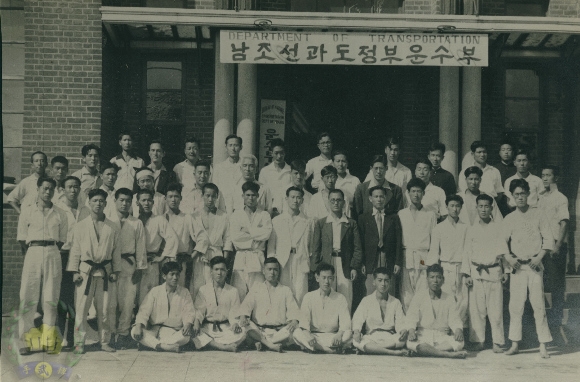 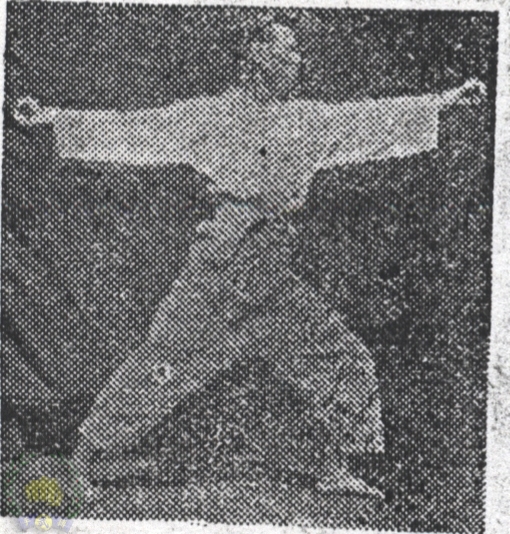 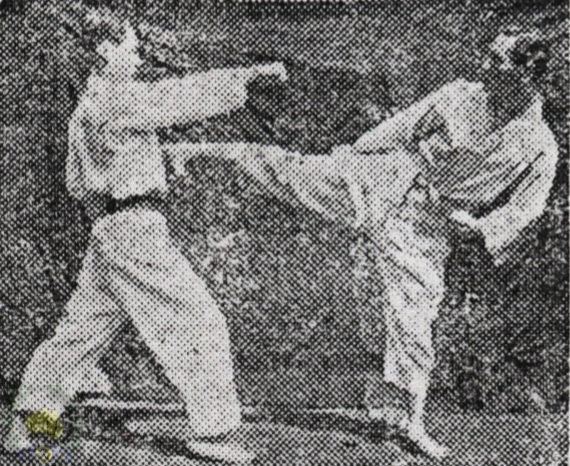 MDK before the Korean war The KJN is performing Yup Podo Cha Gi with extention of Huh Ri which was very unique for the MDK at that time. Photo took 1947-1948 time period. 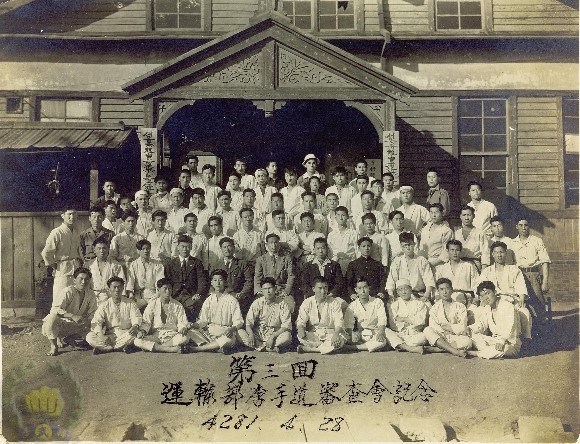 MDK before the Korean war The 3rd MDK Shim Sa at the Department of Transportation Tang Soo Do Dojang in April 28, 1948. Guests were attended from other Kwan included Mr. Yun, Byong In who is the founder of the YMCA Kwon Bup Bu. 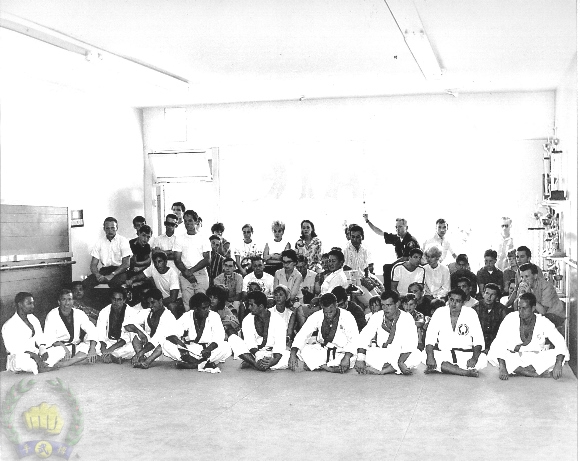 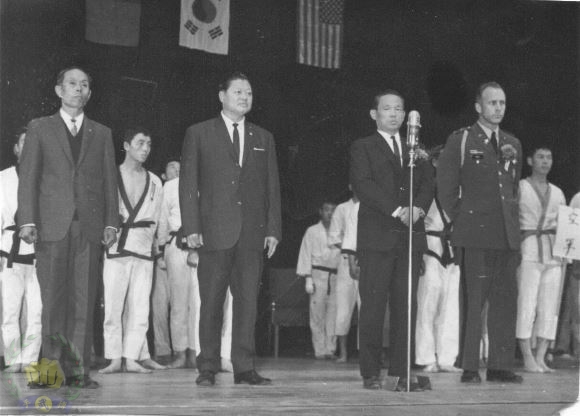 The founder at the 21st MDK anniversary demonstration in October 1966 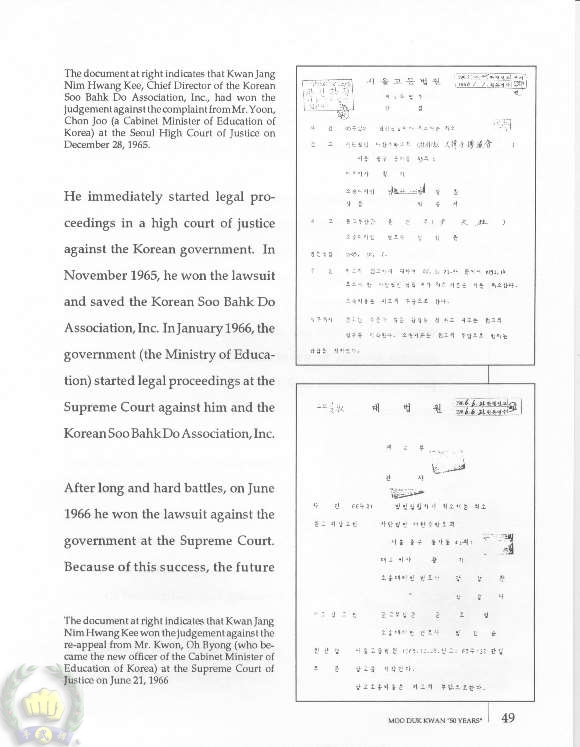 pies of documents that showes the outcomes from the legal battle with the goverment for the Korean Soo Bahk Do Association. 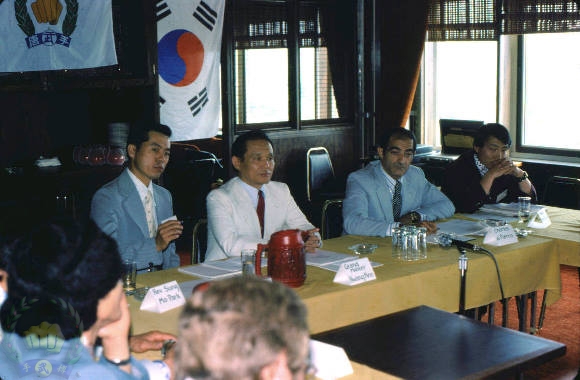 The founder at the Charter convention for the US Federation in 1975. 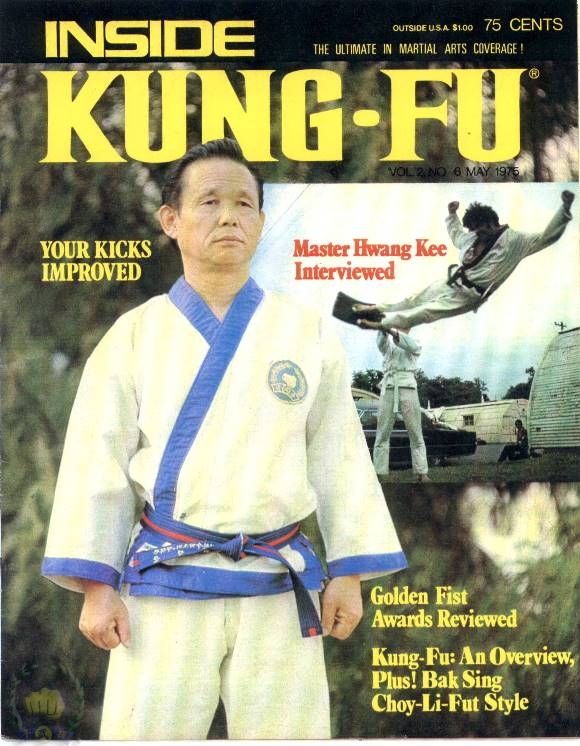 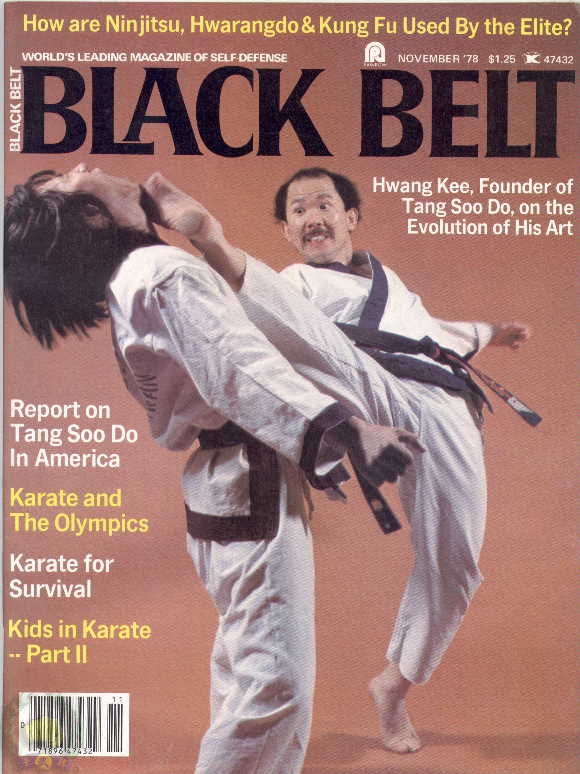 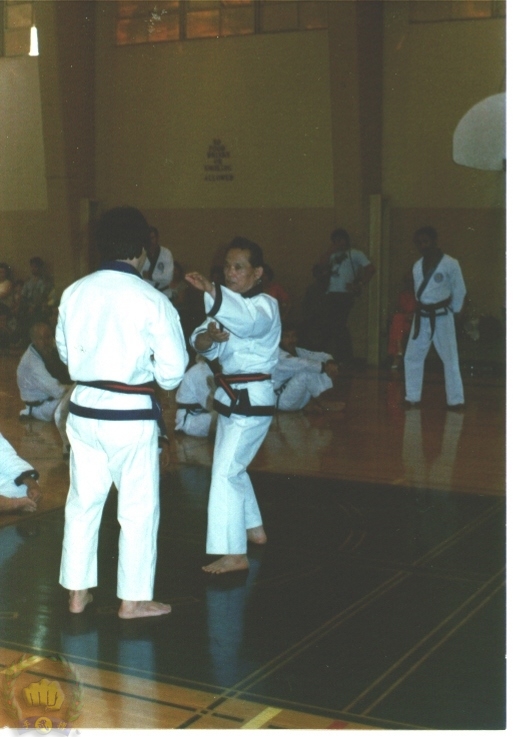 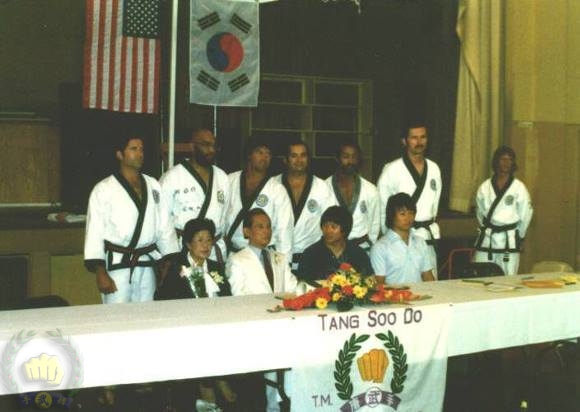 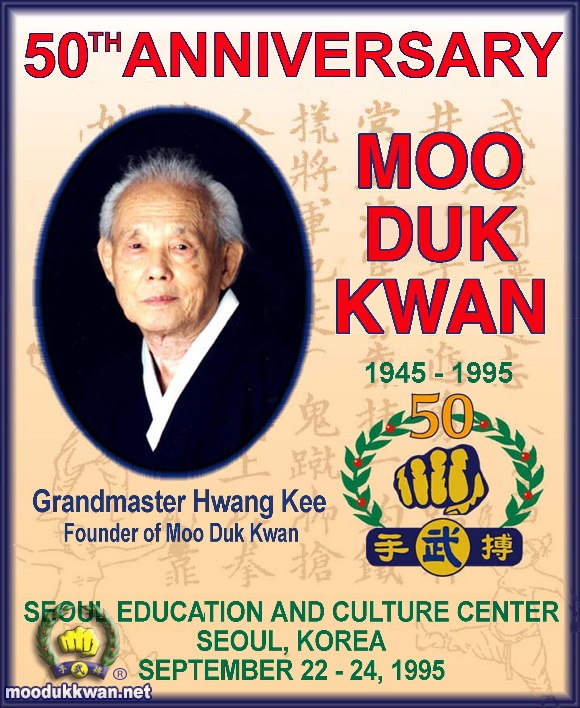 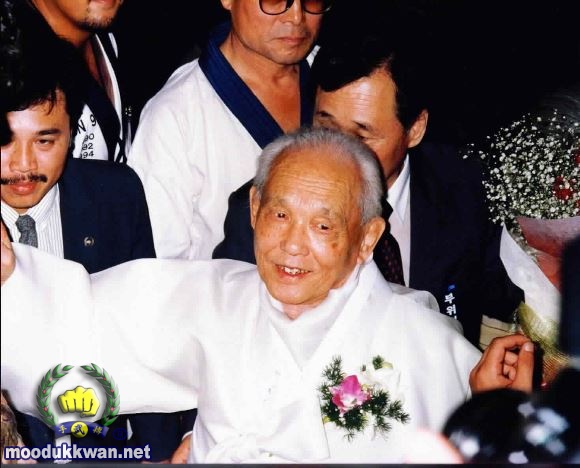 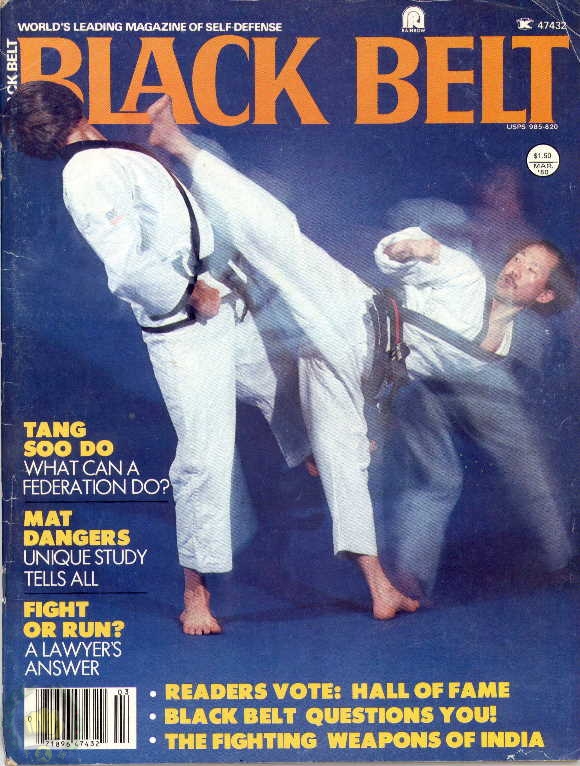 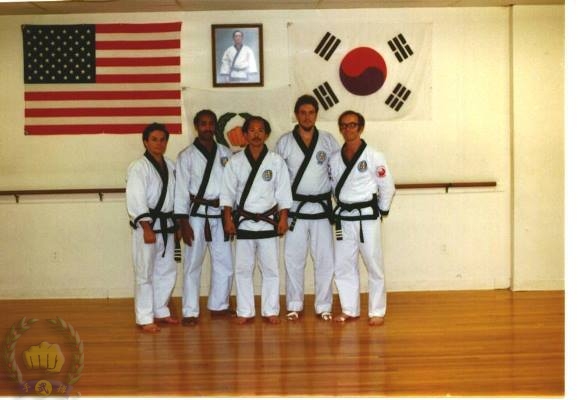 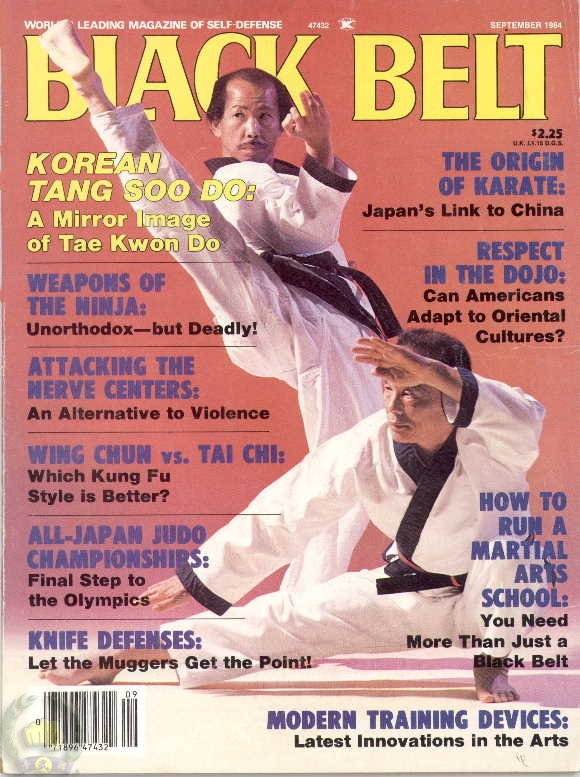 The founder and HC Hwang are covered on September 1984 Black Belt Megazine. 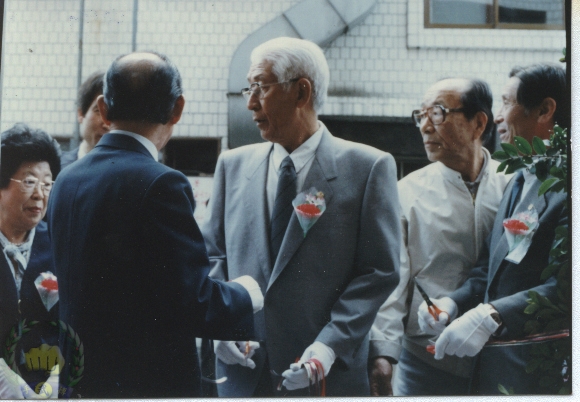 Grand Opening for the New Central Do Jang of Korean Soo Bahk Do Association, Moo Duk Kwan in Nam Young Dong, Yong San Ku, Seoul in May 1988. The founder is meeting with Professor Na, Hyun Seong who introduced Moo Yei Do Bo Tong Ji to the Founder for the first time. 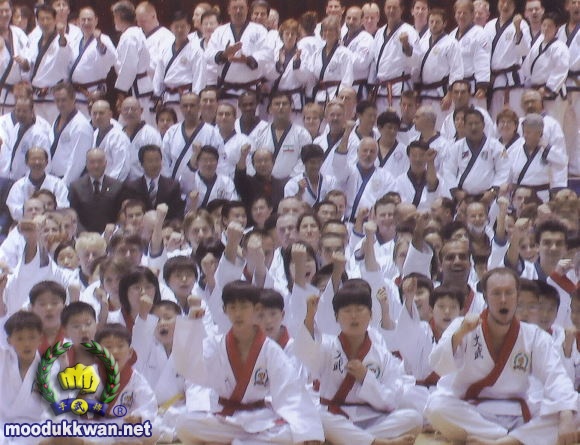 60TH ANNIVERSARY OF THE MOO DUK KWAN IN KOREA 2005 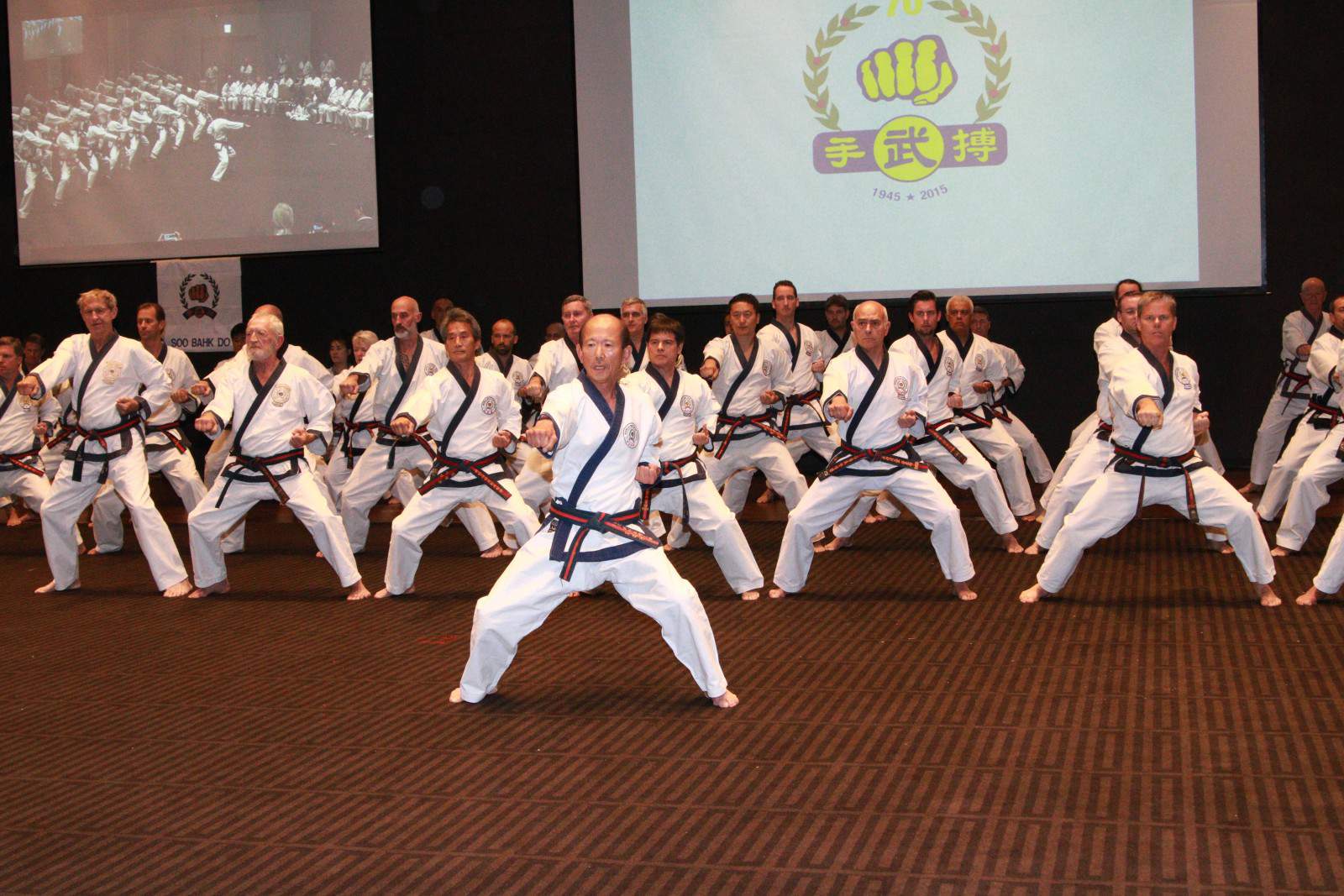 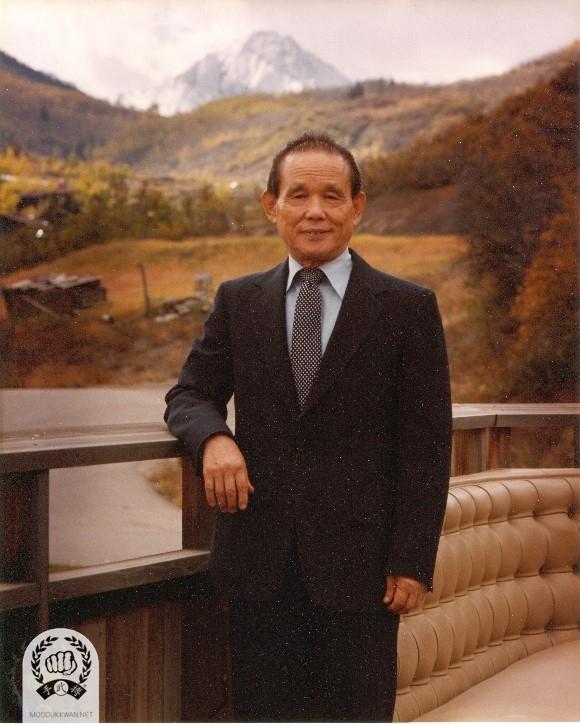 On a personal note, We all have a different image of our Founder , his inspiration and creativity is still inspiring his membership around the world, One of the greatest joys in my martial art life, was being able to shake his strong hand in October of 1989 at HQ. I had just lost my father, and after shaking his hand and spending a very limited time with him, I felt I had a new role model I could follow. And as Bonsignore SBN told me, "you belong here." After 52 years of Moo Do life, I am forever grateful to all my past instructors. On his birth anniversary , Nov 9th... I wish and pray that he is resting in peace knowing how much his Moo Duk Kwan as grown and continues today.  Respectfully, Mr. Bonefont, SOO BAHK!

Philippine Moo Duk Kwan Soo Bahk Do Incorporated Our heartfelt condolences to the family of K[...]

WOMEN IN THE MOO DUK KWAN® - Pioneer Women of the Moo Duk Kwan, Past, Present and Future

Pioneer Women of the Moo Duk Kwan®Past and Present and Future.  For those who don't know, the Wome[...]

Sergeant James Barton Hambrick, Jr., was awarded the Purple Heart for being wounded in action, dur[...]

Honoring our Women in the World Moo Duk Kwan during this 75th year of the Moo Duk Kwan.  Click on th[...]

On behalf of Debby Brnich KSN and the Brnich family, and with deep sorrow, I share the sad news [...]