In a brief honorable ceremony, on April 7th, 2018; presented by the Kwan Jang Nim H.C. Hwang, Linda Morey, Sa Bom Nim, Studio Owner of Gillette Soo Bahk Do, in New Jersey, was presented with her Pahl Dan certificate, at the 141st Dan Shim Sa, held in Grahamsville, New York, USA.  Sa Bom Nim Morey was praised by the Kwan Jang Nim, stating, "She is an excellent teacher, she is wonderful with the children at her dojang."  She started in the 1970's with the Kwan Jang Nim at the Springfield Dojang in New Jersey.  She was a dominant figure during that time in many local and national tournaments competing in free sparring and hyung competitions.  She has been an excellent role model for woman in the martial arts. 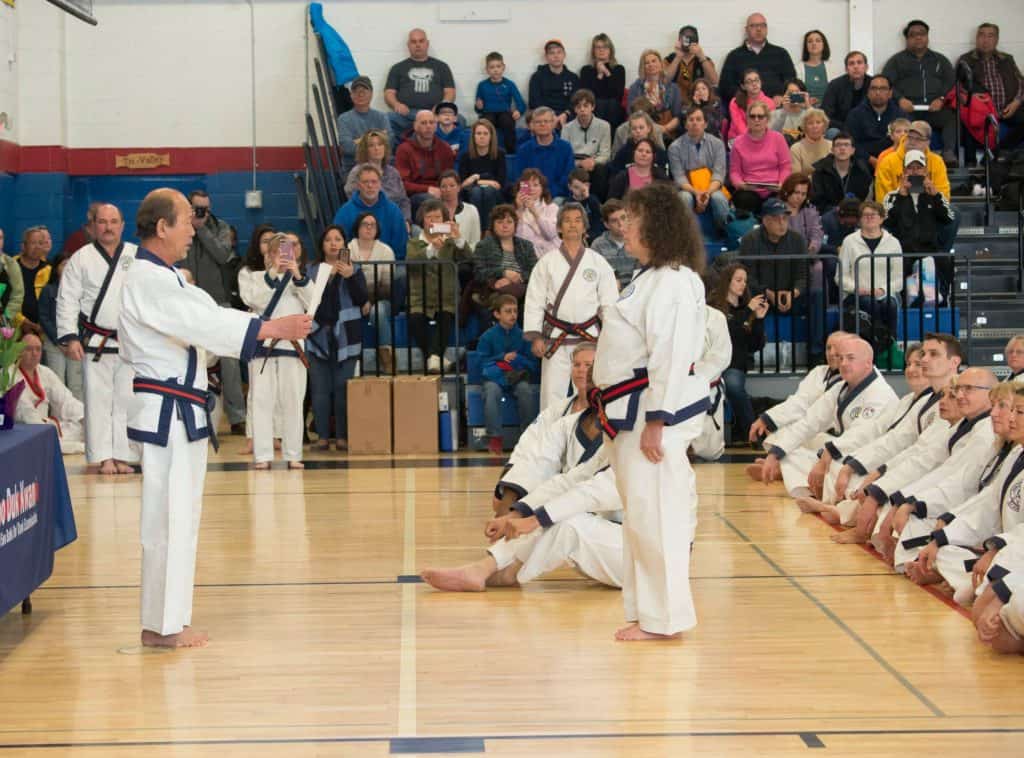 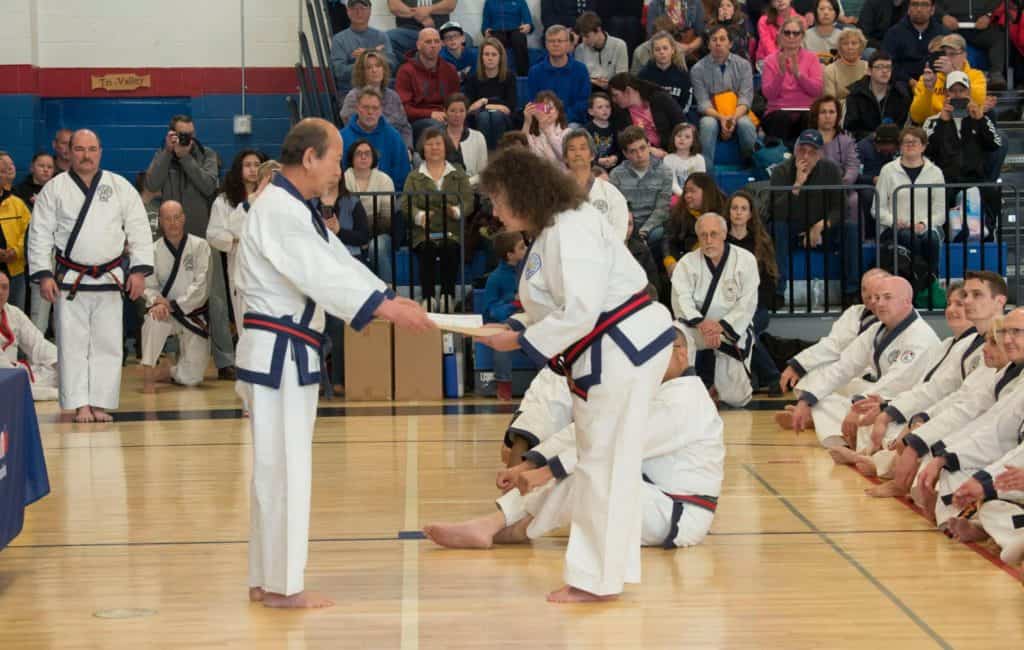 Soo Bahk Do Karate of Gillette has served the local community since 1982 and is dedicated to developing key concepts of the art, thereby improving basic desirable human attributes such as courage, concentration and endurance.

Our studio is a certified member of the United States Soo Bahk Do Moo Duk Kwan Federation® since 1989. Soo Bahk Do is a traditional Korean martial art, the purpose of which is to develop every aspect of the self, in order to create a mature person who totally integrates his/her intellect, body, emotions, and spirit. This integration helps to create a person who is free from inner conflict and who can deal with the outside world in a mature, intelligent, forthright, and virtuous manner.

Congratulations to Linda Morey, Sa Bom Nim, on her promotion to Pahl Dan, she is now the highest ranking woman in the World Moo Duk Kwan.   SOO BAHK!

Recent progress on the Heritage Program both in the U.S.A. and Korea 2019, program launches on Nov[...]

50th Anniversary of the Moo Duk Kwan in Mexico